Types of Payload in Burp Suite.

Burp Suite developed by Portswigger Web Security. It is a Java-based software platform of tools for performing security testing of web applications.

The suite of products can be used to combine automated and manual testing techniques and consists of many different tools, such as a proxy server, a web spider, scanner, intruder, repeater, sequencer, decoder, collaborator and extender.

We are going to overview the Intruder feature of Burp Suite. It is using for brute force to web applications.

It is one of the simple types of payload, as it allows you to configure a short Dictionary of strings that are used as the payload.

You can manually add items to the list using the text box and the “Add” button, or you can paste a list from the clipboard, or load from file.

You can check the POC Video of the Tutorial.

It allows you to configure a list of strings and apply various case modifications to each item on the list, and it is useful in password guessing attacks, for generating case variations on dictionary words.

The following case modification rules can be selected:

For example, if we select all the modification options, then the item “hackers online club” will generate the following payloads:

This type of payload generates numeric payloads within a given range and in a specified format.

The following options are available in this payload:

This type of payload generates a payload of specified lengths that contain all permutations of a list of characters in the given string.

This type of payload allows us to configure a list of strings and apply various character substitutions to each item and use in password guessing attacks and generating common variations on dictionary words.

The UI of this payload allows you to configure a number of character substitutions. For each item, it will generate a number of payloads, which include all permutations of substituted characters according to the defined changes.

For example, the default substitution rules states (which include e > 4 and h > 5), the item “hackers online club” will generate the following payloads:

Copy other payload can copy the value of the current payload to another payload position. It is beneficial for attack types that have multiple payload sets such as cluster bomb, pitchfork, and battering ram.

This payload type can be useful in various situations, for example:

Suppose we are using two different parameters and we want to attack at two different fields, therefore we can set different “payload types” at multiple “payload sets” inside burpsuite payload configuration as per our attack type as it allows us to simply use the same dictionary for both payloads that we have set a particular position by giving the position of the payload we want to copy. It will execute the complete payload, which is set at a specific position.

This payload type lets you configure a list of names or email addresses, and derives potential usernames from these using various common schemes.

Username generator payload type can be useful if you are targeting a particular human user, and you do not know the username or email address scheme in use within an application.

This type of payload generates date payloads within a given range and in a specified format, and it can be used in data mining or brute forcing.

It generates payloads whose value is an empty string and to use when an attack requires the same request to be made repeatedly, without any modification to the basic template.

This can be used for a variety of attacks, for example, harvesting cookies for sequencing analysis, application-layer denial-of-service attacks where requests are repeatedly sent which initiate high-workload tasks on the server, or keeping alive a session token that is being used in other intermittent tests.

This payload type invokes a Burp extension to generate payloads. The extension must have registered an Intruder payload generator. You can select the required generator from the list of available generators that have been registered by currently loaded extensions.

This payload type can be used to generate illegal Unicode representations of characters. It is sometimes effective in bypassing filters designed to block certain characters, for example, defenses against file path traversal attacks that match on expected encodings of the ../ and ..\ sequences.

The payload type operates on a list of items and generates a number of payloads from each item by replacing a specified character within each item with illegal Unicode-encodings of another character.

This payload type generates payloads based on blocks of a specified character or string. It can be useful in detecting buffer overflow and other boundary condition vulnerabilities in software running in a native (unmanaged) context. It can also be used to exploit some logic flaws where the input of a particular length bypasses input filters or triggers an unexpected code path.

This payload type is useful when testing which parameter values, or parts of values, have an effect on the application’s response. It operates on a string input and modifies the value of each character position in turn. It can operate on the existing base value of each payload position, or on a specified string. It cycles through the base string one character at a time, incrementing the ASCII code of that character by one.

This payload type can be used to shuffle blocks of ciphertext in ECB-encrypted data to meaningfully modify the decrypted clear text and potentially interfere with application logic.

This payload type invokes a Burp extension to generate payloads. The extension must have registered an Intruder payload generator. You can select the required generator from the list of available generators that have been registered by currently loaded extensions.

Note: Next article, we will demonstrate the payloads with POC.

What is Hydra Attack And Hydra Software?

Hydra is a well-known software used to crack passwords and login in computers, systems, and networks. It’s simple,…
byChandrakant Patil 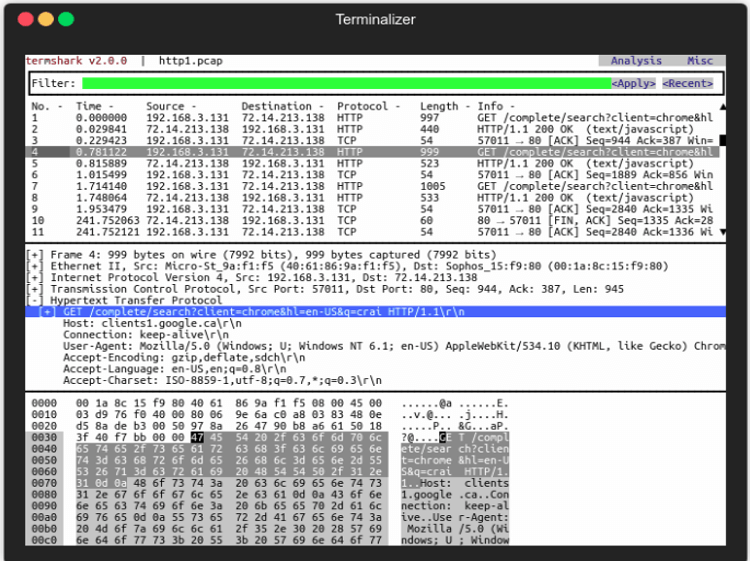 Termshark is a terminal UI for Tshark, which is inspired by Wireshark. If you are debugging on a…
byPriyanshu Sahay

There has been massive development in the technological sector in the past few years. The advancement in technology…
byChandrakant Patil
17 shares
17
0
0