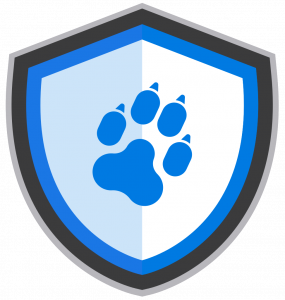 HoneyPot- To Increase Your Network Security

The first step to understanding honeypots is defining what a honeypot is. This can be harder then it sounds. Unlike firewalls or Intrusion Detection Systems, honeypots do not solve a specific problem. Instead, they are a highly flexible tool that comes in many shapes and sizes. They can do everything from detecting encrypted attacks in IPv6 networks to capturing the latest in on-line credit card fraud. Its is this flexibility that gives honeypots their true power.

A honeypot is an information system resource whose value lies in unauthorized or illicit use of that resource.

A honeypot is valuable as a surveillance and early-warning tool. While it is often a computer, a honeypot can take other forms, such as files or data records, or even unused IP address space. A honeypot that masquerades as an open proxy to monitor and record those using the system is known as a “sugarcane”.

Honeypots should have no production value, and hence should not see any legitimate traffic or activity. Whatever they capture is therefore malicious or unauthorized. One practical application of this is the spamtrap – a honeypot that thwarts spam by masquerading as a type of system abused by spammers. These honeypots categorize trapped material 100% accurately: it is all illicit.

Honeypots can carry risks to a network, and must be handled with care. If they are not properly walled off, an attacker can use them to break into a system.

Victim hosts are an active network counter-intrusion tool. These computers run special software, designed to appear to an intruder as being important and worth looking into. In reality, these programs are dummies, and their patterns are constructed specifically to foster interest in attackers. The software installed on, and run by, victim hosts is dual purpose.

First, these dummy programs keep a network intruder occupied looking for valuable information where none exists, effectively convincing an intruder to isolate themselves in what is truly an unimportant part of the network. This decoy strategy is designed to keep an intruder from getting bored and heading into truly security-critical systems.

The second part of the victim host strategy is intelligence gathering. Once an intruder has broken into the victim host, the machine or a network administrator can examine the intrusion methods used by the intruder. This intelligence can be used to build specific countermeasures to intrusion techniques, making truly important systems on the network less vulnerable to intrusion.

Research honeypots are run by a volunteer, non-profit research organization or an educational institution to gather information about the motives and tactics of the Blackhat community targeting different networks. These honeypots do not add direct value to a specific organization. Instead they are used to research the threats organizations face, and to learn how to better protect against those threats. This information is then used to protect against those threats. Research honeypots are complex to deploy and maintain, capture extensive information, and are used primarily by research, military, or government organizations.

Just as honeypots are weapons against spammers, honeypot detection systems are spammer-employed counter-weapons. As detection systems would likely use unique characteristics of specific honeypots to identify them, a great deal of honeypots in use makes the set of unique characteristics larger and more daunting to those seeking to detect and thereby identify them. This is an unusual circumstance in software: a situation in which “versionitis” (a large number of versions of the same software, all differing slightly from each other) can be beneficial. There’s also an advantage in having some easy-to-detect honeypots deployed. Fred Cohen, the inventor of the Deception Toolkit, even argues that every system running his honeypot should have a deception port that adversaries can use to detect the honeypot. Cohen believes that this might deter adversaries.

Two or more honeypots on a network form a honeynet. Typically, a honeynet is used for monitoring a larger and/or more diverse network in which one honeypot may not be sufficient. Honeynets and honeypots are usually implemented as parts of larger network intrusion detection systems. A honeyfarm is a centralized collection of honeypots and analysis tools.

The concept of the honeynet first began in 1999 when Lance Spitzner, founder of the Honeynet Project, published the paper “To Build a Honeypot”:

“A honeynet is a network of high interaction honeypots that simulates a production network and configured such that all activity is monitored, recorded and in a degree, discreetly regulated”.

Additionally it includes many useful pre-configured scripts and utilities to analyze, visualize and process the data it can capture, such as Kippo-Graph, Honeyd-Viz, DionaeaFR, an ELK stack and much more. Lastly, almost 90 well-known malware analysis, forensics and network monitoring related tools are also present in the distribution.

Now that we have understanding of two general categories of honeypots, we can focus on their value. Specifically, how we can use honeypots. Once again, we have two general categories, honeypots can be used for production purposes or research. When used for production purposes, honeypots are protecting an organization. This would include preventing, detecting, or helping organizations respond to an attack.

When used for research purposes, honeypots are being used to collect information. This information has different value to different organizations. Some may want to be studying trends in attacker activity, while others are interested in early warning and prediction, or law enforcement. In general, low-interaction honeypots are often used for production purposes, while high-interaction honeypots are used for research purposes. However, either type of honeypot can be used for either purpose. When used for production purposes, honeypots can protect organizations in one of three ways; prevention, detection, and response. We will take a more in-depth look at how a honeypot can work in all three.

Honeypots can help prevent attacks in several ways. The first is against automated attacks, such as worms or auto-rooters. These attacks are based on tools that randomly scan entire networks looking for vulnerable systems. If vulnerable systems are found, these automated tools will then attack and take over the system (with worms self-replicating, copying themselves to the victim). One way that honeypots can help defend against such attacks is slowing their scanning down, potentially even stopping them. Called sticky honeypots, these solutions monitor unused IP space.

When probed by such scanning activity, these honeypots interact with and slow the attacker down. They do this using a variety of TCP tricks, such as a Windows size of zero, putting the attacker into a holding pattern. This is excellent for slowing down or preventing the spread of a worm that has penetrated your internal organization. One such example of a sticky honeypot is LaBrea Tarpit. Sticky honeypots are most often low-interaction solutions (you can almost call them ‘no-interaction solutions’, as they slow the attacker down to a crawl :).

The second way honeypots can help protect an organization is through detection. Detection is critical, its purpose is to identify a failure or breakdown in prevention. Regardless of how secure an organization is, there will always be failures, if for no other reasons then humans are involved in the process.

By detecting an attacker, you can quickly react to them, stopping or mitigating the damage they do. Traditionally, detection has proven extremely difficult to do. Technologies such as IDS sensors and systems logs haven proven ineffective for several reasons. They generate far too much data, large percentage of false positives, inability to detect new attacks, and the inability to work in encrypted or IPv6 environments. Honeypots excel at detection, addressing many of these problems of traditional detection.

Honeypots reduce false positives by capturing small data sets of high value, capture unknown attacks such as new exploits or polymorphic shell-code, and work in encrypted and IPv6 environments. You can learn more about this in the paper Honeypots: Simple, Cost Effective Detection. In general, low-interaction honeypots make the best solutions for detection. They are easier to deploy and maintain then high-interaction honeypots and have reduced risk.

There are two problems compounding incidence response. First, often the very systems compromised cannot be taken offline to analyze. Production systems, such as an organization’s mail server, are so critical that even though its been hacked, security professionals may not be able to take the system down and do a proper forensic analysis. Instead, they are limited to analyze the live system while still providing production services. This cripples the ability to analyze what happens, how much damage the attacker has done, and even if the attacker has broken into other systems.

The other problem is even if the system is pulled offline, there is so much data pollution it can be very difficult to determine what the bad guy did. By data pollution, I mean there has been so much activity (user’s logging in, mail accounts read, files written to databases, etc) it can be difficult to determine what is normal day-to-day activity, and what is the attacker. Honeypots can help address both problems.

Honeypots make an excellent incident response tool, as they can quickly and easily be taken offline for a full forensic analysis, without impacting day-to-day business operations. Also, the only activity a honeypot captures is unauthorized or malicious activity. This makes hacked honeypots much easier to analyze then hacked production systems, as any data you retrieve from a honeypot is most likely related to the attacker. The value honeypots provide here is quickly giving organizations the in-depth information they need to rapidly and effectively respond to an incident.