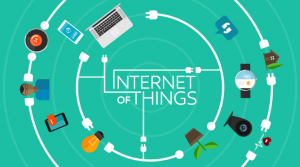 Guide To Understand The Internet of Things (IoT)

The Internet of Things (IOT) helps you grow and navigate in this connected world. Its ecosystem connects Business, Government, Networks, Data storage, Security & Home Devices with each other.

Internet of Things creates an opportunity to measure, collect and analyze an ever-increasing variety of behavioral statistics. Cross-correlation of this data could revolutionize the targeted marketing of products and services. The Internet of Things therefore transforms the media industry, companies and even governments, opening up a new era of economic growth and competitiveness.

IOT is the inter-networking of physical devices, vehicles (also referred to as “connected devices” and “smart devices”), buildings, and other items embedded with electronics, software, sensors, actuators, and network connectivity which enable these objects to collect and exchange data.

The Internet of Things (IoT) Industries

According to report, Cyber attacks are growing worldwide. Hackers could cyber attack on vulnerable devices not only with computer but also with connected cars, traffic lights, home security devices and other connected network devices. As a result IOT companies are focusing on Cyber Security to provide better security against cyber attacks.

IoT devices connected to the Internet will more than triple by 2020, from 10 billion to 34 billion. IoT devices will account for 24 billion, while traditional computing devices (e.g. smartphones, tablets, smartwatches, etc.) will comprise 10 billion.

Nearly $6 trillion will be spent on IoT solutions over the next five years. Businesses will be the top adopter of IoT solutions because they will use IoT to:

Governments will be the second-largest adopters, while consumers will be the group least transformed by the IoT.

IoT devices is continuing to grow but their level of security cannot meet the requirements. Enterprise needs to make the investment to do more penetration testing in their devices. Default password can lead to security breaches.

In Medical and Healthcare Industry

Some hospitals have begun implementing “smart beds” that can detect when they are occupied and when a patient is attempting to get up. It can also adjust itself to ensure appropriate pressure and support is applied to the patient without the manual interaction of nurses.

Specialized sensors can also be equipped within living spaces to monitor the health and general well-being of senior citizens, while also ensuring that proper treatment is being administered and assisting people regain lost mobility via therapy as well. Other consumer devices to encourage healthy living, such as, connected scales or wearable heart monitors, are also a possibility with the IoT.

More and more end-to-end health monitoring IoT platforms are coming up for antenatal and chronic patients, helping one manage health vitals and recurring medication requirements. Medical advancements have taken many forms, such as the Research & Development Corporation (DEKA) prosthetic limbs for disabled amputees.

Building and home automation IoT devices can be used to monitor and control the mechanical, electrical and electronic systems used in various types of buildings (e.g., public and private, industrial, institutions, or residential in home automation and building automation systems. In this context, three main areas are being covered in literature:

The integration of the internet with building energy management systems in order to create energy efficient and IOT driven “smart buildings”. The possible means of real-time monitoring for reducing energy consumption and monitoring occupant behaviors. The integration of smart devices in the built environment and how they might be used in future applications.

It can be offered at three levels:

The need for intelligent control and decision at each level depends on the time sensitiveness of the IoT application. For example, an autonomous vehicle’s camera needs to make real-time obstacle detection to avoid an accident.

This fast decision making would not be possible through transferring data from the vehicle to cloud instances and return the predictions back to the vehicle. Instead, all the operation should be performed locally in the vehicle.

Integrating advanced machine learning algorithms including deep learning into IoT devices is an active research area to make smart objects closer to reality. Moreover, it is possible to get the most value out of IoT deployments through analyzing IoT data, extracting hidden information, and predicting control decisions.

The current IoT space comes with numerous security vulnerabilities. These vulnerabilities include weak authentication (IoT devices are being used with default credentials), unencrypted messages sent between devices, SQL injections and lack of verification or encryption of software updates.

IoT systems are typically controlled by event-driven smart apps that take as input either sensed data, user inputs, or other external triggers (from the Internet) and command one or more actuators towards providing different forms of automation.

Examples of sensors include smoke detectors, motion sensors, and contact sensors. Examples of actuators include smart locks, smart power outlets, and door controls. Popular control platforms on which third-party developers can build smart apps that interact wirelessly with these sensors and actuators include Samsung’s SmartThings, Apple’s HomeKit, and Amazon’s Alexa, among others.

A problem specific to IoT systems is that buggy apps, unforeseen bad app interactions, or device and communication failures, can cause unsafe and dangerous physical states, like, “unlock the entrance door when no one is at home” or “turn off the heater when the temperature is below Zero degrees Celsius and people are sleeping at night”.

Detecting flaws that lead to such states, requires a holistic view of installed apps, component devices, their configurations, and more importantly, how they interact.

So we need to protect from IoT devices. Do your research before buy it, they might be collected your personal data.