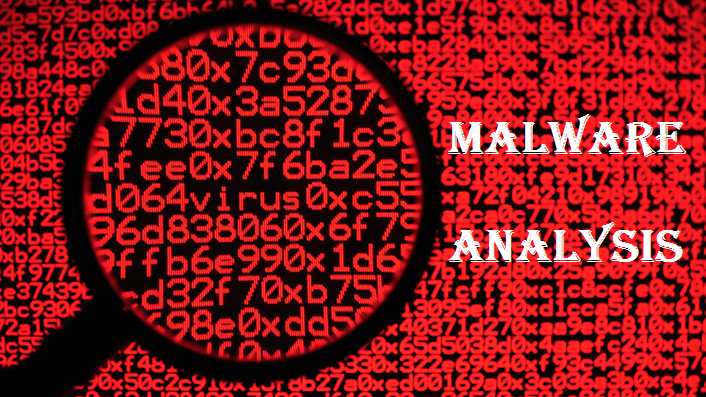 The method by which malware analysis is performed typically falls under one of two types:

Static malware analysis: Static or Code Analysis is usually performed by dissecting the different resources of the binary file without executing it and studying each component. The binary file can also be disassembled (or reverse engineered) using a disassembler such as IDA.

The machine code can sometimes be translated into assembly code which can be read and understood by humans: the malware analyst can then make sense of the assembly instructions and have an image of what the program is supposed to perform. Some modern malware is authored using evasive techniques to defeat this type of analysis, for example by embedding syntactic code errors that will confuse disassemblers but that will still function during actual execution.

Dynamic malware analysis: Dynamic or Behavioral analysis is performed by observing the behavior of the malware while it is actually running on a host system. This form of analysis is often performed in a sandbox environment to prevent the malware from actually infecting production systems; many such sandboxes are virtual systems that can easily be rolled back to a clean state after the analysis is complete.

The malware may also be debugged while running using a debugger such as GDB or WinDbg to watch the behavior and effects on the host system of the malware step by step while its instructions are being processed. Modern malware can exhibit a wide variety of evasive techniques designed to defeat dynamic analysis including testing for virtual environments or active debuggers, delaying execution of malicious payloads, or requiring some form of interactive user input.

Examining malicious software involves several stages, including, but not limited to the following:

Antivirus and other malware identification tools

For extracting files from inside disk and memory images.

Tools for dissecting malware in memory images or running systems.

ODA stands for Online DisAssembler. ODA is a general purpose machine code disassembler that supports a myriad of machine architectures.

Built on the shoulders of libbfd and libopcodes (part of binutils), ODA allows you to explore an executable by dissecting its sections, strings, symbols, raw hex, and machine level instructions.

ODA is an online Web Based Disassembler for when you don’t have time or space for a thick client. ODA is a BETA release that is limited by the resource constraints of the server on which it is hosted and the spare time of its creators.