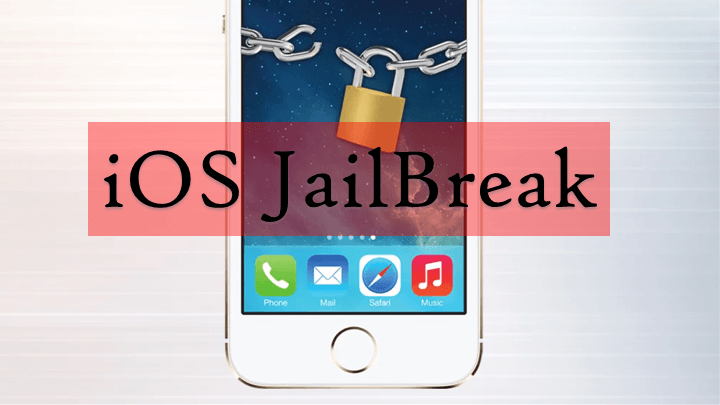 Here, we are telling you about two software’s, which can Jailbreak your latest iOS version 13.5.

Jailbreak iOS is the process of removing the limitations on Apple devices running the iOS operating system through the use of software and hardware exploits – such devices include the iPhone, iPod touch, iPad, and second generation Apple TV.

Jailbreak permits root access to the iOS operating system, allowing the download of additional applications, extensions, and themes that are unavailable through the official Apple App Store.

When a jailbroken device is booting, it loads Apple’s own kernel initially. The device is then exploited and the kernel is patched every time it is turned on. Many different types of jailbreaks have come out over the years.

An Untethered Jailbreak does not require any assistance when it reboots up. The kernel will be patched without the help of a computer or an application. These jailbreaks are uncommon and take a significant amount of reverse engineering to create. A tethered jailbreak is the opposite of a untethered jailbreak, in the sense that a computer is required to boot, and the device will not boot by itself.

Unc0ver is a jail​break, which means that you can have the freedom to do whatever you would like to do to your iOS device. Allowing you to change what you want and operate within your purview, unc0ver unlocks the true power of your iDevice.

No Extra Security Vulnerabilities
Unc0ver preserves security layers designed to protect your personal information and your iOS device by adjusting them as necessary instead of removing them. With this security adjusted on your iOS device, you can run your favorite jail​break apps and tweaks while still being protected from attackers.

It is also important to note that iOS jail​breaking is exempt and legal under DMCA. Any installed jail​break software can be uninstalled by re-jail​breaking with the restore rootfs option to take Apple’s service for an iPhone, iPad, or iPod touch that was previously jailbroken.

checkra1n is a community project to provide a high-quality semi-tethered jailbreak to all, based on the ‘checkm8’ bootrom exploit.

Currently it is checkra1n 0.10.2 beta version. This beta is only available for macOS and Linux.

According to checkra1n, work is ongoing to support Windows, which will be added in a later release.

This beta version is only available for macOS and Linux. Work is ongoing to support Windows, which will be added in a later release.

At the moment, checkra1n only supports installing Cydia.

Support for other package managers is coming soon, and will not require a checkra1n update.