TinyCheck allows you to easily capture network communications from a smartphone or any device which can be associated to a Wi-Fi access point in order to quickly analyze them. This can be used to check if any suspect or malicious communication is outgoing from a smartphone, by using heuristics or specific Indicators of Compromise (IoCs).

n order to make it working, you need a computer with a Debian-like operating system and two Wi-Fi interfaces. The best choice is to use a Raspberry Pi (3+) with a Wi-Fi dongle and a small touch screen. This tiny configuration (for less than $50) allows you to tap any Wi-Fi device, anywhere.

The idea of TinyCheck came to me in a meeting about stalkerware with a French women’s shelter. During this meeting we talked about how to easily detect easily stalkerware without installing very technical apps nor doing forensic analysis on them. The initial concept was to develop a tiny kiosk device based on Raspberry Pi which can be used by non-tech people to test their smartphones against malicious communications issued by stalkerware or any spyware.

Of course, TinyCheck can also be used to spot any malicious communications from cybercrime or state-sponsored implants. It allows the end-user to push his own extended Indicators of Compromise via a backend in order to detect some ghosts over the wire.

TinyCheck can be used in several ways by individuals and entities:

Few steps to analyze your smartphone

2. Close all the opened applications
This to prevent some FP. Can be good also to disable background refresh for the messaging/dating/video/music apps.

3. Connect your smartphone to the WiFi network generated by TinyCheck
Once connected to the Wi-Fi network, its advised to wait like 10-20 minutes.

4. Interact with your smartphone
Send an SMS, make a call, take a photo, restart your phone – some implants might react to such events.

Prior the TinyCheck installation, you need to have:

By executing install.sh, all the dependencies associated to the project will be installed and it can take several minutes depending of your internet speed.

Four services are going to be created:

Once installed, the operating system is going to reboot.

The frontend – which can be accessed from http://tinycheck.local – is a kind of tunnel which help the user throughout the process of network capture and reporting. It allows the user to setup a Wi-Fi connection to an existing Wi-Fi network, create an ephemeral Wi-Fi network, capture the communications and show a report to the user in less than one minute, 5 clicks and without any technical knowledge.

Once installed, you can connect yourself to the TinyCheck backend by browsing the URL https://tinycheck.local and accepting the SSL self-signed certificate. The default credentials are tinycheck / tinycheck.

The backend allows you to edit the configuration of TinyCheck, add extended IOCs and whitelisted elements in order to prevent false positives. Several IOCs are already provided such as few suricata rules, FreeDNS, Name servers, CIDRs known to host malicious servers and so on. In term of extended IOCs, this first version of TinyCheck includes:

The analysis engine is pretty straightforward. For this first version, the network communications are not analyzed in real time during the capture. The engine executes Zeek and Suricata against the previously saved network capture. Zeek is a well-known network dissector which stores in several logs the captured session.

Once saved, these logs are analysed to find extended IOCs (listed above) or to match heuristics rules (which can be deactivated through the backend). The heuristics rules are hardcoded in zeekengine.py, and they are listed below. As only one device is analyzed at a time, there is a low probability to see heuristic alerts leveraged.

Few rules are dynamics such as:

If you have seen something very suspicious and/or needs to be investigated/integrated in one of these two lists, don’t hesitate to ping us. You can also do you own watcher. Remember, sharing is caring.

Your project seem very cool, does it send data to Kaspersky or any telemetry server?

No, at all. You can look to the sources, the only data sent by TinyCheck is an HTTP GET request to a website that you can specify in the config, as well as the watchers URLs. Kaspersky don’t – and will not – receive any telemetry from your TinyCheck device.

Can you list some hardware which can be used with this project (touch screen, wifi dongle etc.)?

Unfortunately, we prefer to not promote any hardware/constructor/website on this page. Do not hesitate to contact us if you want specific references.

I’m not very confortable with the concept of “watchers” as the IOCs downloaded are public. Do you plan to develop a server to centralize AMBER/RED IOCs?

Yes, if the demand is felt by NGOs (contact us!). Is it possible to develop this kind of thing, allowing you to centralize your IOCs and managing your fleet of TinyCheck instances on a server that you host. The server can also embed better detection rules thanks to the telemetry that it will receive from devices. 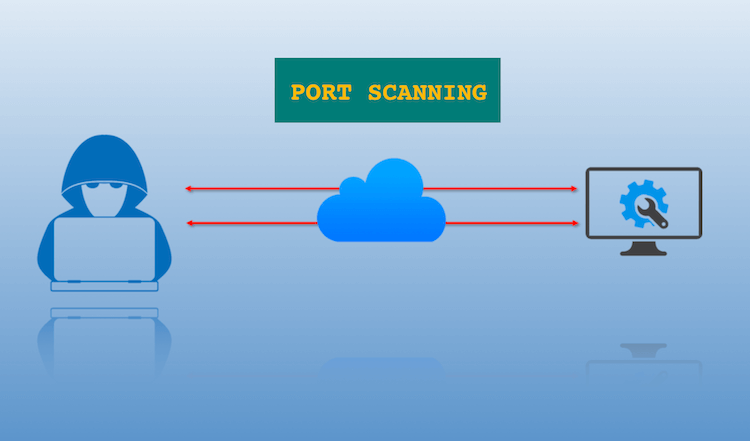 How To Defend Against Port Scan Attacks

Port scans can seem innocent at first, but they’re a glimpse into your computer’s vulnerabilities. They’re an easy…
byChandrakant Patil Sifter- A Bundle of OSINT RECON And Vulnerability Scanners