Cybersecurity isn’t a new topic in today’s world. However, it is definitely a new concept that everyone who was born before the golden age of advanced technology should catch up to.

So, why is cyber security critical all of a sudden? Not when it was just something that only tech-savvies worry about a long time ago. Well, the thing is, the past years were something like an eye-opener that technology isn’t “just” technology.

What could the reasons be? If you are wondering and would want to know more, then you should join us and read the rest of the article!

What Could Have Possibly Changed?

Notably, we are now living in a world that is far more technologically-advanced than we were a few decades ago. Do you need evidence? You only need to look around you. From sending messages a click away, acquiring information with just a press on a button to making high-tech products do your bidding- everything seems possible now.

One of the perfect examples of the five-fold increase of technology is cloud storage wherein document sharing, data accessibility, and emails are now obtainable everywhere.

However, with all of the advantages it has given us remember that “with great power, comes with great responsibility” as what a particular blockbuster movie quote.

The Rise of Cybercrime

One of the crimes that are rising in numbers is the cyber-crime, dubbed as the “world’s biggest criminal growth industry.” Due to the widespread use of technology, the rise of this crime is unavoidable.

With this said, here are the top trending issues of 2019 that you might want to know and take precautionary actions against. For instance, using the best VPNs, a company can offer you.

Phishing is a social engineering type of attack. It is used to steal user data such as credit card numbers and login credentials through masquerading as a trusted entity leading a victim to click a malicious link. According to a Data Breach Investigation Report, Phishing attacks have 32 percent confirmed the data breach.

With this, the attacker then can obtain sensitive information like passwords, social security numbers, and credit card details. The result of this attack leads to devastating effects such as stealing of funds, unauthorized purchases, and identity theft.

This type of cyber intrusion attacks the devices or appliances that are connected to a network such as service sensors or any home appliances. The hackers that have hacked into your appliances system might control the devices and demand a ransom. Wherein if you cannot pay, then they will shut down the system.

This is scarier for businesses that are of a broader scale or some critical infrastructure that heavily depends on high-technology appliances or devices.

Third-party, or also called a supply chain attack, is a type of cyber infiltration. It occurs when a particular system has invaded through outside providers or partners that have access to the system with data.

An example of this is the Target breach in the year 2014, wherein the cause was due to the lax of security at an HVAC vendor. At the same time that year, Equifax’ massive breach pointed its finger to a flaw in outside software. What happened was a malicious downloaded link was on its website, which was from a third-party vendor.

As technology evolves, so does the crime that comes with it. The stated AI (Artificial Intelligence) and ML (Machine Learning) are both technology’s advanced tools. These tools were created for the sake of modern security strategies. However, it seems that hackers also use it against us.

As both of the said tools is becoming more ready for the consumer market, the hackers found its way to enhance their attacks. Thus, the infiltration to the infosec of one’s company can multiply, and cybercrime might reach all-new heights.

As mentioned before, the storage “cloud” has become more used by companies. Now, the attack continues to surface and grow in size, making it easier for intruders to get past its security measures.

Due to the bring-your-own-device rule or culture that we have today, the hackers have plenty of attack vectors that they can choose from. This is in order to invade a company’s cloud storage.

The Best VPN’s out there

Indeed, through the passing time and evolution of humankind, we can say that men have continuously challenged technology and made it into something more. With this, comes a hefty amount of needed security and responsibility.

If you only have heard VPN now, then here’s a quick introduction. VPN or Virtual Private Network is a program which creates a safe encrypted connection over a network that is less secured like a public internet.

With this said, and after all of those cybersecurity threats stated above, isn’t it just right for you to have the best VPN a renowned company can give you? If you think you need one, then search it up through the internet, or better yet, get some good recommendations.

Author’s Bio:
Tyler Pack is a real estate consultant and journalist, with a passion for smart home technology. He is keen on writing about home and property security, and Cybersecurity. 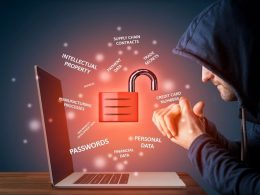 4 Essential Cybersecurity Tips. No one is safe in the digital world. As more people enter the online…
byPriyanshu Sahay 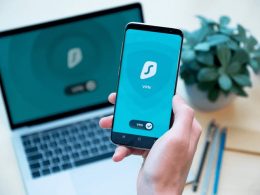 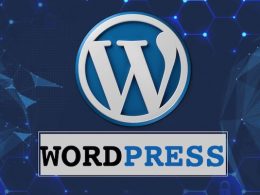 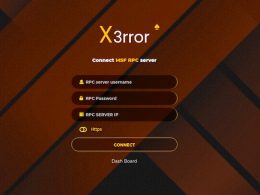 Xerror is an automated penetration framework, which will helps security professionals and non professionals to automate their pentesting…
byPriyanshu Sahay