You might have seen many hackers in Hollywood movies who make hacking fun and easily get access to any computer or laptop.

But, it isn’t that easy to get into any system in the real world. There are many people who are interested in hacking like Hollywood movies and Kali Linux is the best operating system to do so as per many experts.

There are many hacking tools available open source which you can use to get into any computer as per your needs.

Check out the list of the 7 best hacking tools for Kali Linux listed below:

John the Ripper is very popular hacking tool which Kali Linux users must use. This is a cracking tool which is used in the penetration testing. Developed by Unix Systems, the tool features many hacking techniques like automatic password hash detection, brute force attack, a customization cracker, and dictionary attack

The package supports Unix crypt hash types like traditional DES-based, “bigcrypt”, BSDI extended DES-based, FreeBSD MD5-based, and OpenBSD Blowfish-based. This free password cracking tool runs on fifteen different platforms now. Moreover, it is really easy to use and operate for cracking the password. You can also tryout some best antivirus online with Amazon Offers which will great pricing to you this year.

NMap or Network Mapper is an open source tool which is available for free of cost. This tool is very popular among network administrators who use it to discover the networks and secure the network. NMap is very smooth to use and is very well documented.

Network Administrators use NMap to keep a check on the single hosts and large networks and detect security risks. The tools support features like data transfer and a GUI. The tool further is a useful port scanning tool which gathers information by sending packets to the system ports.

This Ruby based platform is used to test the exploits against the hosts. Not only this, but you can also develop and execute the exploits too. Metasploit frameworks contain a huge library of tools which can be used for penetration testing, exploit vulnerabilities, use msfconsole to find the targets, exploit the security risks and more. It is said that Metasploit Framework is one of the most powerful security tools in infosec market.

WireShark is an open source tool which analyze the packets and costs nothing. It is a great tool to keep a check on the network activities on very deep level. Not only this, but you can also use WireShark for capturing live packets transfer, browse them and filter them too.

WireShark is very useful for hackers (ethical) which gives features like pcap file access, customizable reports, alerts, advanced triggers, and more. That’s why it is the world’s most used network protocol analyzer for Kali Linux.

Kismet Wireless is free tool used as Wireless sniffer, Intrusion Detection System (IDS), and LAN analyzer. This tool is compatible with many wireless cards and can be used to work with wireless networks like 802.11a, 802.11b, 802.11g, and 802.11n.

The Kismet WIreless tool has the ability to run in passive mode, do network logging and acts as Wireless Intrusion Detection System too. It can easily scan wireless encryption levels and support hopping of channels. You can explore ordering some of world’s best antivirus online with Flipkart Offers at great discounted rates.

The Browser Exploitation Framework also is known as BeEF is a penetration tool which finds the browser’s risks and vulnerabilities to exploit the host. The tools totally focus on web side- from attacks on mobile, desktop clients to analyze the exploitation on any Mac and Linux. It consists of many features like web UI, the ability to find the plugins used in the browser, gather history and integrate the Metasploit.

These are some tools which you can you can use to check the network, analyze any risks in network, penetration testing and more. 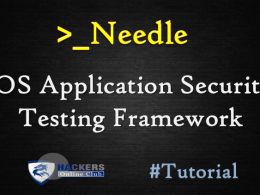 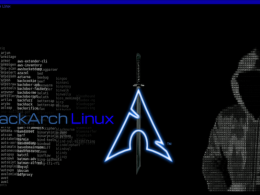 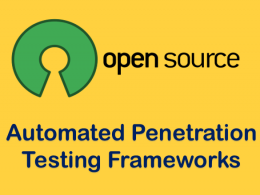 Since cyber criminals are actively trying to hack into the networks or systems of businesses, organizations must regularly…
byChandrakant Patil