Smartphones are no longer used just to take calls. Instead, they function as banking platforms, computers, and keepers of corporate and personal details. Overall, there is a treasure trove of sensitive information.

Now, considering the importance of these devices, you would imagine that physical and cybersecurity measures would be rather phenomenal. In reality, though, most smartphone security systems are rather rudimentary. This, combined with user errors can lead to data breaches or even ransomware on your phone.

This is why smartphone users need to get savvier about protecting their personal devices.

On this note, here are the most important techniques to begin practicing immediately:

One of the best things you can do for yourself is to select a smartphone that has better built-in security. This will mean that your phone is automatically able to defend itself from a multitude of attacks. It is then simply a matter of adding further layers of security to bolster the existing system.

There is no denying that it can be rather difficult to identify the most secure smartphones. This is often because phone manufacturers deliberately misuse terms such as privacy and security. Thus, they may promise that your phone protects your privacy – won’t sell information to third party organizations, but not be all that secure.

So, how do you get the lowdown on these devices? Well, David Costano, editor of convergeddevices suggests looking beyond just security or antivirus features. He advises consumers to look out devices that are more regularly updated than their competitors.

As you are well aware, these updates are equipped with security patches that address existing flaws. Thus, the more updatable the device, the less prone to attacks it may be. On average, Apple tends to update their phones and devices more than Android manufacturers. Thus, it is a good place to start.

MitM attacks are nothing new – they have been happening for years. These days, however, hackers are targeting smartphones above other devices. This is because people are more likely to use smartphones to connect with other individuals via Wi-Fi hotspots and Bluetooth.

The concept behind MitM attacks is rather basic. It is when the signal between two parties is intercepted and then replaced with a malicious signal. The cybercriminal then simply has to monitor your communications and pick up on virtually any sensitive information that is sent out.

As you may be well aware, the most basic form of security here is to avoid public Wi-Fi completely. By totally avoiding unknown networks, you cut down on the risk of your signal being intercepted.

However, the best approach is to use encryption on your smartphone, regardless of what you use it for. You should also use VPNs whenever you are in public or accessing unfamiliar sites. This will offer you an additional layer of protection.

Looking Beyond Email for Phishing Attacks

Most elite computer users are well aware of phishing attacks – it is an old hat for them by now. As such, it is only natural to imagine that they are completely immune to them. After all, you know not to open suspicious-looking emails. Aren’t you fully protected from these attacks?

Well, it turns out that phishing has evolved to better attack smartphone users. It was estimated that over 83 percent of phishing attacks took place outside of email. Hackers are now targeting apps that are most likely to be used by smartphone users. As such, there are attacking via messaging platforms such as iMessage, FaceTime, and even Whatsapp.

They aren’t stopping there, however. Hackers have now begun using popular gaming apps as platforms for their attacks as well. This means that phishing attacks may not be as obvious as you once imagined.

So, what can you do in such a situation? Well, it would appear that dedicated physical security keys may be the way of the future. These can prevent attacks by leveraging cryptography to verify your login information as well as the authenticity of login pages.

A few years ago, cryptojacking was a problem for computers. Now, though, nefarious individuals are more likely to target smartphones. The consequences of cryptojacking can be worse than on a laptop. You may notice that your device is getting slower or freezing up. It may also be warm to the touch. In some instances, your phone can heat up so much that it stops working completely.

One of the best ways to avoid this problem is to be more careful about the apps you download. In particular, be mindful of gaming apps. You should only be downloading apps that come from verified and well-known developers. This will drastically reduce your risk.

If you are rather paranoid about this problem, you may want to even try disconnecting your smartphone from the web on a more regular basis. Most cryptomining requires a steady connection to the internet. If you disrupt it at intermittent periods, this could solve the problem for you.

Ask any cybersecurity expert and they will inform you that the best way to keep your smartphone is to update it regularly. Thus, make it a point to update your phone whenever new updates are available.

At the same time, it is important to stay updated on the latest smartphone cybersecurity features. Remember that this may become an even bigger issue in the future. As people rely on their smartphones more and more, hackers and other cybercriminals are going to begin targeting these devices as well.

Thus, the only way to keep your smartphone and data safe is to remain on the cutting edge of cybercrime news. This will give you a clearer idea of the kind of measures that you should be setting up on your phone.

So, there you have it. The top tips for keeping your phone secure in 2020. It is best to follow every one of these guidelines, regardless of how unlikely the threat may be. In the end, it is far better to be safe than sorry, particularly when it comes to something as personal and as sensitive as your smartphone. 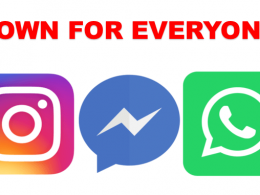 It’s Again! Facebook, WhatsApp and Instagram was Down To Everyone All biggest social media platforms are down to…
byPriyanshu Sahay 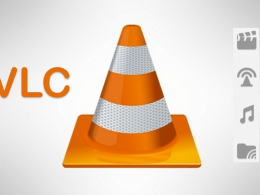 VLC Not Vulnerable, Mitre Not Checked And Contacted- VideoLan

VideoLane claims that they have fixed critical vulnerability in VLC Media Player. The company said VLC is not…
byPriyanshu Sahay
26 shares
26
0
0 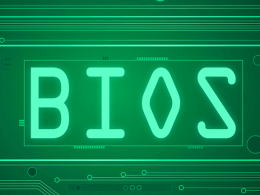 BIOS (basic input/output system) is firmware used to perform hardware initialization during the booting process, and to provide…
byPriyanshu Sahay 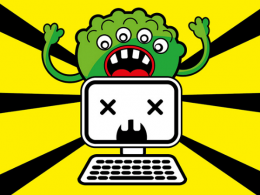 Are There Viruses And Malware on Mac Computers?

MacBook viruses or malware are quite rare, but they exist. Some unlucky users get infected with unpleasant pieces…
byPriyanshu Sahay
16 shares
16
0
0