Cisco has released software updates that address these vulnerabilities.

In the recent Cisco advisories, 20 vulnerabilities are High and Three are Critical.

A vulnerability in the implementation of the inter-VM channel of Cisco IOS Software for Cisco 809 and 829 Industrial Integrated Services Routers (Industrial ISRs) and Cisco 1000 Series Connected Grid Routers (CGR1000) could allow an unauthenticated, adjacent attacker to execute arbitrary shell commands on the Virtual Device Server (VDS) of an affected device.

The vulnerability is due to insufficient validation of signaling packets that are destined to VDS. An attacker could exploit this vulnerability by sending malicious packets to an affected device. A successful exploit could allow the attacker to execute arbitrary commands in the context of the Linux shell of VDS with the privileges of the root user. Because the device is designed on a hypervisor architecture, exploitation of a vulnerability that affects the inter-VM channel may lead to a complete system compromise.

A vulnerability in the authorization controls for the Cisco IOx application hosting infrastructure in Cisco IOS XE Software could allow an unauthenticated, remote attacker to execute Cisco IOx API commands without proper authorization. 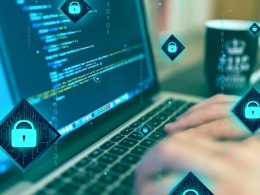 Microsoft a tech giant company said, it found malicious software in its systems. According to report by reuters,…
byPriyanshu Sahay
13 shares
13
0
0

Enterprises often raise their concern about not getting the desired results from employee training. Possible reasons include continued…
byChandrakant Patil