Artificial Intelligence Vs Big Data- How do they Compare?

This brings us to an interesting question: how do Artificial Intelligence and Big Data compare or relate with each other? In this write-up, let’s find out!

However, let’s first get to know about Artificial Intelligence and Big Data. Then, let’s discuss how they work together before diving into their differences.

What is Artificial Intelligence?

Artificial Intelligence is the technology that makes computers intelligent — just like humans. It allows computers to think like the human brain like it’s shown in movies such as “Avengers: Age of Ultron” and “Terminator: Dark Fate”.

By the 1950s, we had a generation of scientists, mathematicians, and philosophers with the concept of artificial intelligence (or AI) culturally assimilated in their minds. One such person was Alan Turing, a young British polymath who explored the mathematical possibility of artificial intelligence. Turing suggested that humans use available information as well as reason in order to solve problems and make decisions, so why can’t machines do the same thing? wrote SITN (Harvard).

What is Big Data?

Big Data refers to the monumental amount of data that are usually analyzed for helping computers learn and work intelligently like humans. This massive sets of data reveal patterns and trends, allowing the computers to make decisions and future predictions. Apple’s Siri or Google Assistant are two classic examples of artificial intelligence, which understands your voice commands.

Google Trends showed -1% interest for “Big Data” in 2010. The reason being: Big Data was not very popular a decade ago, unlike Artificial Intelligence.

Although the current concept of Big Data wasn’t known for long enough, some vendors offered database management systems for handling big data during the 1990s. However, it was not until in 2004 when Google published a paper known as MapReduce, which uses the popular method of analyzing massive sets of data using the parallel processing model of the map-reduce architecture.

For big organization that process monstrous amounts of data processing and big data activities, a DAM solution (database activity monitoring) is required to keep tabs on non-authorized activities that can corrupt an entire organization.

AI and Big Data: How do they Bind?

How come? Artificial Intelligence evolves just like a human’s intelligence. The children are taught from their early childhood about everything, and they’re eventually intelligent. In the same way, a computer is taught to be intelligent by teaching it. Before Big Data, there was little data to teach the computer since it requires tons of data to learn, unlike the less learning needed by humans.

However, things have recently changed. There is a gigantic amount of data to teach computers — data of all types including audio, images, and text data. After all, every app you use, click you make, and website you open create data, which is potentially pushed into a big data set. Then, there are other data sources: IoT-enabled devices, Internet-based transactions, and a lot more sources.

The convergence of big data with AI has emerged as the single most important development that is shaping the future of how firms drive business value from their data and analytics capabilities. The availability of greater volumes and sources of data is, for the first time, enabling capabilities in AI and machine learning that remained dormant for decades due to lack of data availability, limited sample sizes, and an inability to analyze massive amounts of data in milliseconds. Digital capabilities have moved data from batch to real-time, on-line, always-available access, posted MIT Sloan Management Review.

AI vs Big Data- How do they Differ?

First of all, Big Data is the raw input, which requires cleaning, pre-processing, and integrating for making it useful. However, Artificial Intelligence is the final output, i.e., it’s the intelligence that’s the result of the processed data.

Big Data is traditional computing, letting computers to look for data or results. It defines massive sets of data — both structured (like data stored in a relational database system) and unstructured (like images, videos, sensor data, etc.).

Artificial Intelligence is modern computing, allowing computers to perform cognitive functions — like humans. That means AI enables computers to acquire knowledge and understand data through experience and thoughts for making decisions or predicting the future. Of course, the traditional computers reacted to inputs as well, but those reactions or outputs were merely hard-coded.

For example, you could ask computers to say “Hi” on listening “Hi”. Or you could teach it to do mathematics and more. However, you couldn’t teach computers to react to emotional inputs or questions or predict something. But, AI along with Big Data changes all; it gives the power to machines to think like humans.

Finally, Artificial Intelligence and Big Data differ in their usage as well. Big Data is all about gaining insights, i.e., knowing about something. Let’s say, Google or Netflix provides you with recommended advertisements or movies. How they do it? They collect all of your data (say, interests and watch history), examine and match them with others’ data, and deduce the suggestions for you.

That’s all about Artificial Intelligence and Big Data — how they bind together as a team to provide a great computing future in spite of their differences. 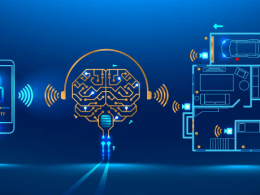 In the business world, the subject of cyber crime and cyber security is a huge talking point at…
byPriyanshu Sahay
111 shares
111
0
0 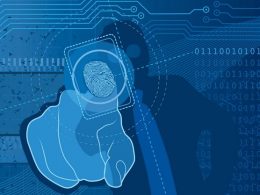 Smartphones companies believed that the Fingerprint recognition is the best way to keep your mobile device secure, but…
byPriyanshu Sahay 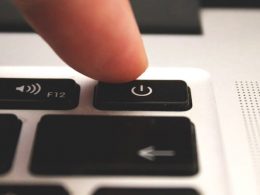 More than nine out of 10 businesses are investing in data analytics and AI at an accelerated pace,…
byChandrakant Patil 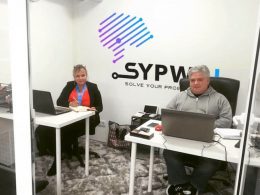 SYPWAI – One of The Fastest Growing AI Platforms

SYPWAI is One of The Fastest Growing AI platforms, being optimized every day Artificial intelligence is a technology…
byChandrakant Patil