What is Software Piracy? What Are its Consequences?

Software Piracy is the biggest hindrance in the progress of any software development organization or individual. It has gradually become a global problem, with China, India, and the United States being the top three offenders.

According to a BSA Global Software survey in 2018, software piracy in the United States is about 15%, with a commercial value of approximately $8.6 Billion, which is the highest value of unlicensed software among all countries. The rate has gone down in recent years, but still, the loss because of piracy is pretty high. The reason for such a high piracy rate is, it doesn’t require any special skills to become a software pirate.

What is Software Piracy?

Software Piracy is the illegal way of downloading, installing, copying, distributing, modifying, or selling software that are protected by the laws. It is basically theft.

Suppose a software is purchased at a single user license that means the user can use it on only a single device at a time. If that user copies and installs that software on multiple devices, it is considered illegal and comes under software piracy.
For the software that uses the Key Management System (KMS), cyber thieves can use multiple ways to distribute it illegally, like KMSpico or the key generators (keygens).

Software piracy can be done in various forms. There are activities that come under piracy that people knowingly or unknowingly perform. Some of these common acts are:

Among all the piracy, software piracy is the worst affected in terms of revenue.

According to the approach taken for conducting piracy, software piracy can be categorized into the following types:

Softlifting is the most common software piracy type. As discussed, some software are licensed to be installed on a single device only. If someone exploitably uses the single licensed application by spreading it on multiple devices, it comes under Softlifting. Often small organizations and schools perform Softlifting. Usually, Softlifting is performed unintentionally because of a lack of awareness of Software distribution laws.

It is the form of software piracy in which applications are duplicated and sold by making them look authentic. Since such fake software are sold at a lower price than the original source, many people get trapped and purchase them unknowingly.

When a single main program is used by multiple persons on the same network simultaneously, it is categorized under Client-server overuse. If the license doesn’t allow to use the software by multiple people, it is software piracy.

Hard disk loading is another popular type of software piracy. In this, a person illegally spread the legit software by installing it on different system hard disks and then selling them. Usually, this is done by a computer seller, and users buy the system unknown about the illegal software it carries.

When legally purchased software is sold, shared, or auctioned through the internet, it comes under online piracy.

Since it is unlawful, Software piracy can result in various adverse outcomes. Here is the list for that.

Cybercriminals need an easy medium to breakthrough their infected files. Since millions of people use pirated programs, there is no better way to spread malware like Ransomware, and others than pirated programs. Any malware-infected software can be easily made available for download through piracy. Even if a pirated program is not infected with a virus or malware, it still poses significant security risks. When users download an illegal software, in most cases, they lose the ability to update it. An outdated program is a potential malware gateway and can also malfunction your PC.

Malware programs like Spyware, after getting entry into your system through pirated software, can ruin your privacy by stealing the following information:

If caught, software piracy can lead you to major legal troubles. Copyright infringement carries high penalties and even imprisonment, depending on the country in which you are living. If someone is caught in piracy in the US, it can lead to up to 5 years in prison and a $250,000 penalty. Moreover, the person whose copyright software was illegally distributed can sue for the damages and get up to $150,000 per copy as compensation.

Since most pirated software loses the ability to get an update, it can also result in instability apart from security holes. The unstable software can further lead to loss of productivity. Also, most pirated software does not connect to the internet in order to avoid detection, so access to any online feature is prohibited. Another thing is, since the application is pirated, you cannot get help from the support team to fix some bugs or internal problems of the app.

Pirated software takes away the sales of legit software programs. This leads to a significant financial loss to the software developer companies. If the companies couldn’t generate enough revenues, it can further lead to job cutoffs for many IT professionals. Also, many IT organizations increase their software products’ prices to cover the loss due to piracy.

Software Piracy is not only legally but also ethically wrong. The person or group that cracks the software and distributes it is not the only culprit. Even downloading and using those illegal software programs is immoral and illegal. As you have already read the consequences of software piracy, it is highly recommended to get only the authorized programs for your system, that too, from the trusted sources. 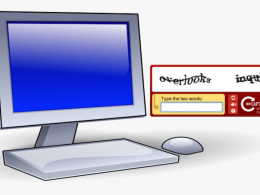 Who Use Captcha-solving Services And For What

What a captcha is? Usually it’s some letters, digits and special numbers imposed on a picture. Something like…
byChandrakant Patil 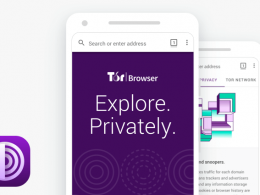 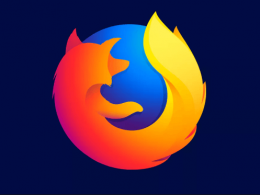 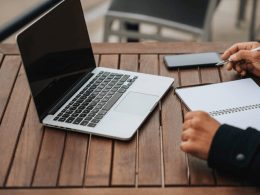 How To Add Signature To A PDF

Adding a signature to a PDF file or document is easy if you are using a reliable software.…
byChandrakant Patil