FaceApp is a mobile application for iOS and Android. Its is developed by Russian company Wireless Lab which uses neural network technology to automatically generate highly realistic transformations of faces in photographs. The app can transform a face to make it smile, look younger, look older, or change gender.

But does it have User Privacy Threat in Real ?

The company said, they have deleted the image data from its server.

On 15 July App developer Joshua Nozzi, said earlier that,
BE CAREFUL WITH FACEAPP- the face aging fad app. It immediately upload your photos without asking, whether you chose one or not.

But later he apologized of his post and said, “I was Wrong on the Internet when i raised alarm over FaceApp.”

Regarding my erroneous claim about photo uploading by #FaceApp (and the other perfectly real privacy concerns): https://t.co/h84DYqaUze

According to FaceApp privacy policy, “You grant FaceApp a perpetual, irrevocable, nonexclusive, royalty-free, worldwide, fully-paid, transferable sub-licensable license to use, reproduce, modify, adapt, publish, translate, create derivative works from, distribute, publicly perform and display your User Content and any name, username or likeness provided in connection with your User Content in all media formats and channels now known or later developed, without compensation to you.”

According to the Guardian,
“We are aware of stories raising concerns about FaceApp and will be considering them,” a spokesperson for the information watchdog said on Thursday. “We would advise people signing up to any app to check what will happen to their personal information and not to provide any personal details until they are clear about how they will be used.”

FaceApp’s chief executive, Yaroslav Goncharov, said it did not sell or share any user data with any third parties.

“FaceApp performs most of the photo processing in the cloud,” Goncharov said. “We only upload a photo selected by a user for editing. We never transfer any other images from the phone to the cloud.

“We might store an uploaded photo in the cloud. The main reason for that is performance and traffic: we want to make sure that the user doesn’t upload the photo repeatedly for every edit operation. Most images are deleted from our servers within 48 hours from the upload date.”

Goncharov said the company accepted requests from users to remove all their data from its servers.

The Democratic National Committe sent a secuurity alert to 2020 presidential campaigns Wednesday afternoon warning them not to use the popular smartphone application FaceApp, CNN reported.

This app allows users to perform different transformations on photos of people, such as aging the person in the picture. Unfortunately, this novelty is not without risk: FaceApp was developed by Russians,” the alert from Bob Lord, the DNC’s chief security officer, read.

FaceApp told CNBC on Wednesday that it only uploads the photo selected for editing and that it does not upload any other images in your library. It said most images are deleted from its servers within 48 hours. It also said that while the company’s R&D team is located in Russia, it doesn’t transfer user data to Russia.

Many of users are on talking about FaceApp on Twitter

-Requires your Facebook login
-receives your name, profile picture, photos and email address via FB
-The company’s privacy policy ambiguously states how it can share data with its “Affiliates”
-The company is based in St. Petersburg, Russia 1/3

Most of the news sources have mentioned that this app has privacy threat but there might not be any such issue so users can use this on their own experience.

But we should also consider that Facebook has said the same thing that it won’t use any of our personal information for any commercial purposes but they have used it for their benefits through Cambridge Analytic Scandal so we must be aware of such things in advance. 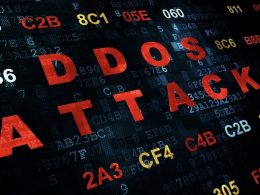 Implications of The Telegram DDoS Attack

Distributed Denial of Service (DDoS) attacks can be a significant threat to any organization. Most organizations have become…
byChandrakant Patil 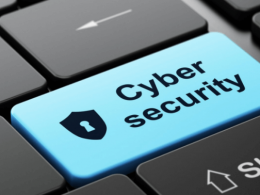 How To Get Into The Cybersecurity Industry

The cybersecurity field is growing making it suitable for an individual to venture into the industry. Career development…
byChandrakant Patil 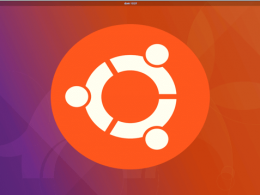 Ubuntu announced the release of Ubuntu 16.04.6 LTS (Long-Term Support) for its Desktop and Server products, as well…
byPriyanshu Sahay
9 shares
9
0
0 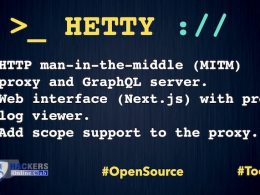 Hetty is an HTTP toolkit for security research. It aims to become an open source alternative to commercial…
byPriyanshu Sahay
25 shares
25
0
0